From Friday 10th September Epsom celebrates Heritage Open Days with self-guided walks, vintage bus rides and access to historical venues usual not open to the public. Details and booking details are below. For more information on the history of Epsom and the venues that are open You can also download our brochure CLICK HERE 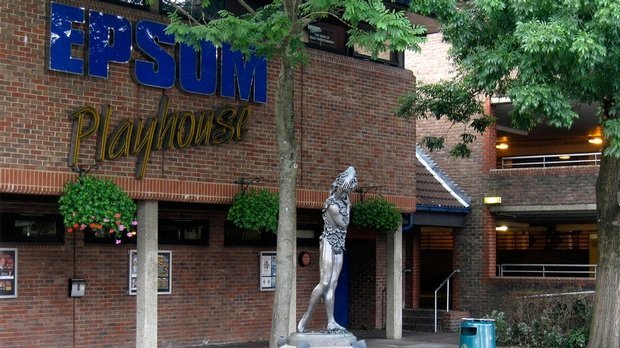 Want to see how theatres work behind the scenes? How actors are seen and heard, where they wait in the wings? Where the musicians play, dancers change and what makes a theatre run? Join us for a free backstage tour of Epsom Playhouse on Friday 10 September: 11AM, 1PM, 3PM, 5PM

Pre-booking is required and please note that there are many stairs and small rooms to be navigated during these 90 minute tours with a maximum of 20 people. This event will run in line with local & national government COVID guidelines at the time of the festival. 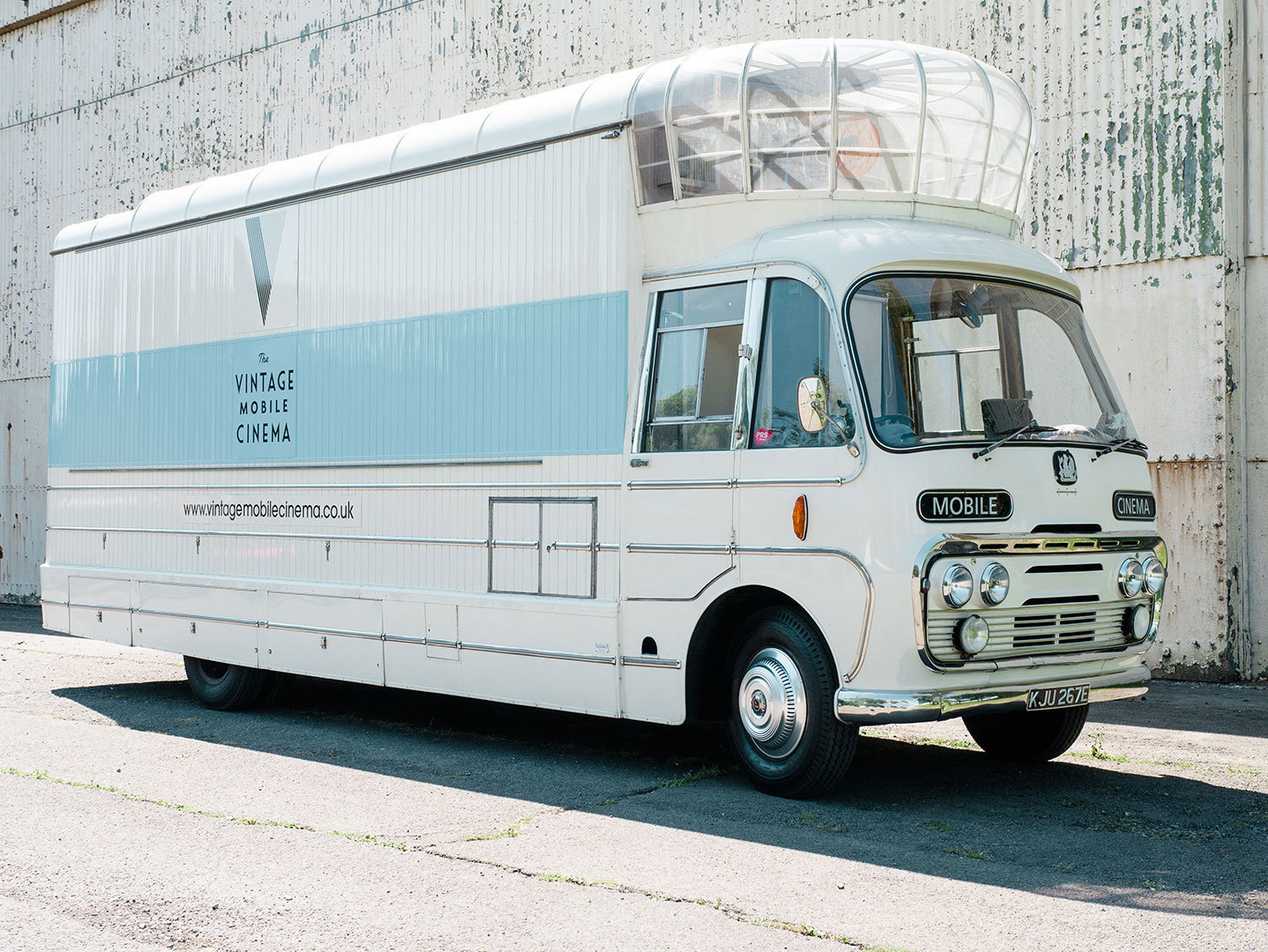 The Vintage Mobile Cinema is quite literally unique. In 1967, The Ministry of Technology built seven of these custom mobile cinemas to tour the country, promoting modern production techniques to British industry.

The seven Bedfords were operated by PERA (Production Engineering Research Association). Films would be played within the cinema, with supporting displays shown in the trailer that accompanied the towing unit.

In 1974 the Government sold off the mobile cinemas, and this one is the sole survivor as far as is known.

It didn’t see the road again until October 2003 when it was rescued from a field, minus the gearbox (and gearstick) stolen from it.

Over the 2 days the cinema will be showing short films from Pathe News regarding Epsom. 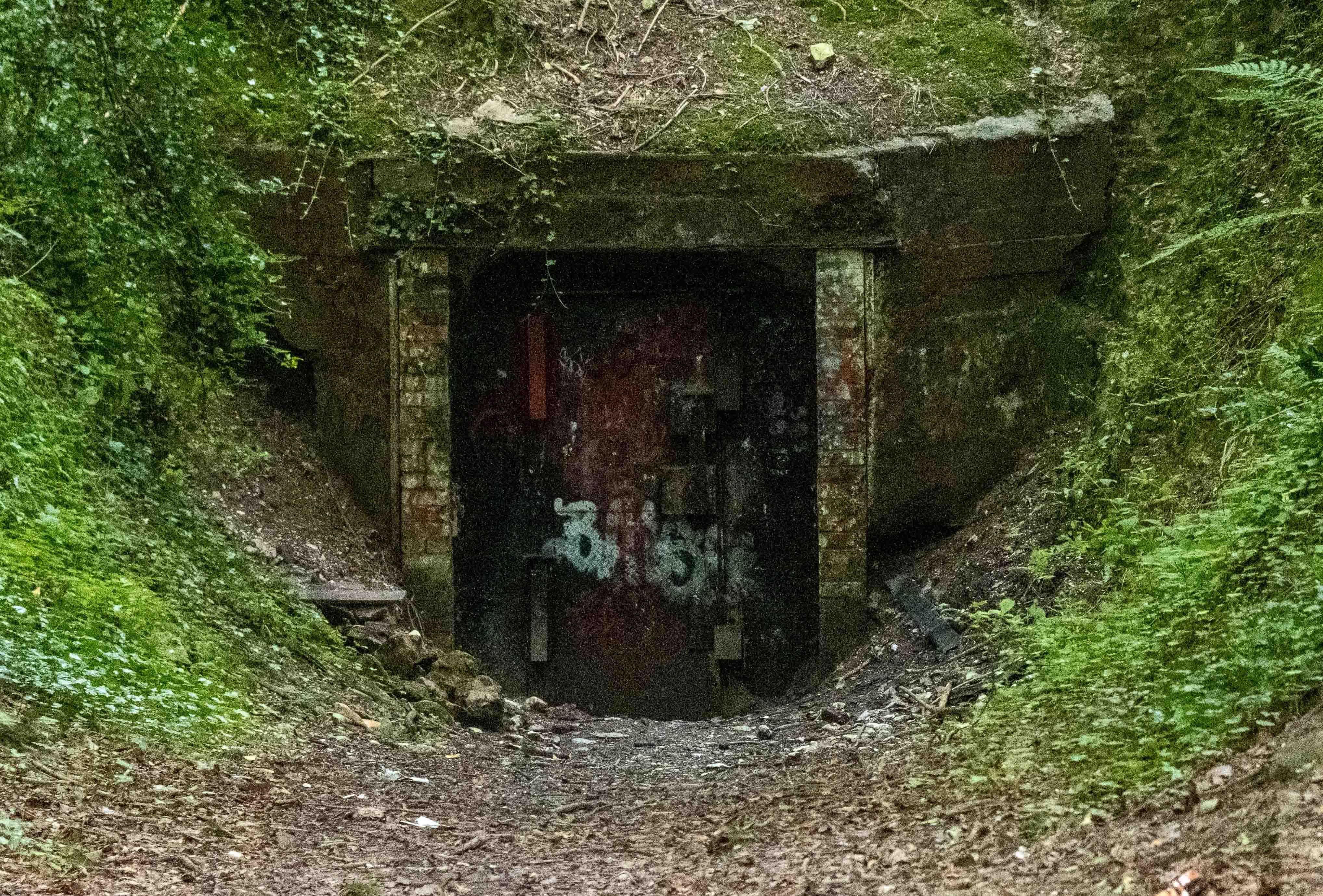 Deep beneath the woods, alongside Ashley Road is the mysterious Ashley Road Deep Shelter. It’s only a few minutes out of Epsom’s busy town centre but very few people are aware of its existence.

This year, on Saturday 11th September, the Deep Shelter is open to the public for guided tours at 11am, 1pm and 3pm.

The guided tours are strictly limited to 20 people for each tour. Suitable footwear should be worn. Unfortunately, due to the terrain and the entry to the shelter, it is not wheelchair accessible and is not suitable for anyone who lives with mobility problems. Visitors should be 12 years of age and over. To Book CLICK HERE SOLD OUT

If you are not able to secure a ticket, you can read about its history in far greater detail on the Epsom & Ewell History Explorer website at www.eehe.org.uk

If you are a fan of Airsoft, the Deep Shelter is used on Wednesdays and Sundays, go to www.incursionairsoft.co.uk 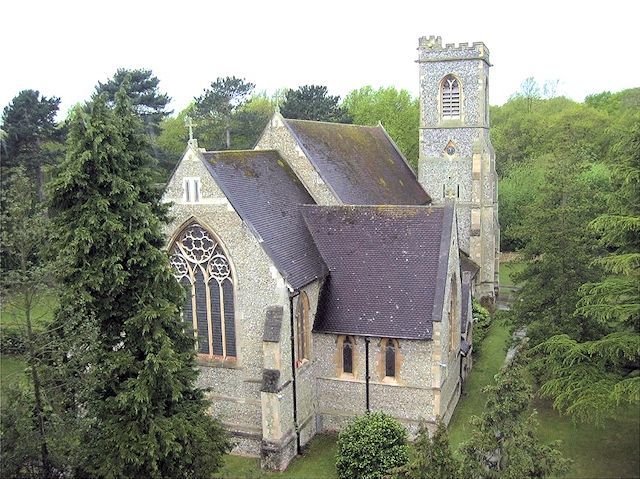 Christ Church is blessed with many fine decorative features, many of which given as memorials. The extensive stained glass was almost all installed before 1900 – the principal exception being the East Window over the High Altar which was installed in the 1950s to replace the original window that was damaged beyond repair by enemy action in 1941.

Perhaps the most striking features on entering the church are: the mural over the Chancel arch (in memory of the Revd George Willes, the first Vicar 1874-81); and, under it, the Rood Screen (in memory of William Sampson Trotter) through which is seen the exquisite mosaic work behind the High Altar and around the East Window in memory of his parents, William and Mary Elizabeth Trotter.

​Christ Church will be open for self-guided tours from 12-2pm on Saturday 11th and Sunday 12th September. Leaflets and information will be provided to visitors. 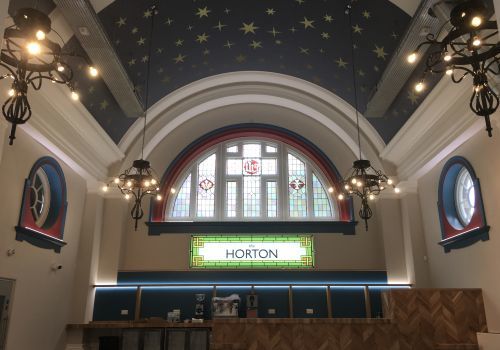 Behind-the-scenes tour inside the former Horton Chapel as it is converted into a new cultural venue. Includes an exclusive preview of the new permanent exhibition exploring the history of Epsom's psychiatric hospital cluster during the 20th century

On Heritage Open Day, visitors will be able to join a short escorted tour around the building and preview the permanent exhibition on the history of the 1000-acre Epsom Hospital Cluster, and the people who lived and worked there.

Restoration and conversion work began on-site in 2019 and has been funded by an enterprise grant from the National Lottery Heritage Fund, developers' section 106 funds, Viridor Credits and other donations. Work is not complete and The Horton is not yet open to the public.

Tours will have timed entry and exit to allow as many people as possible to visit safely. To Book CLICK HERE SOLD OUT BOTH DAYS 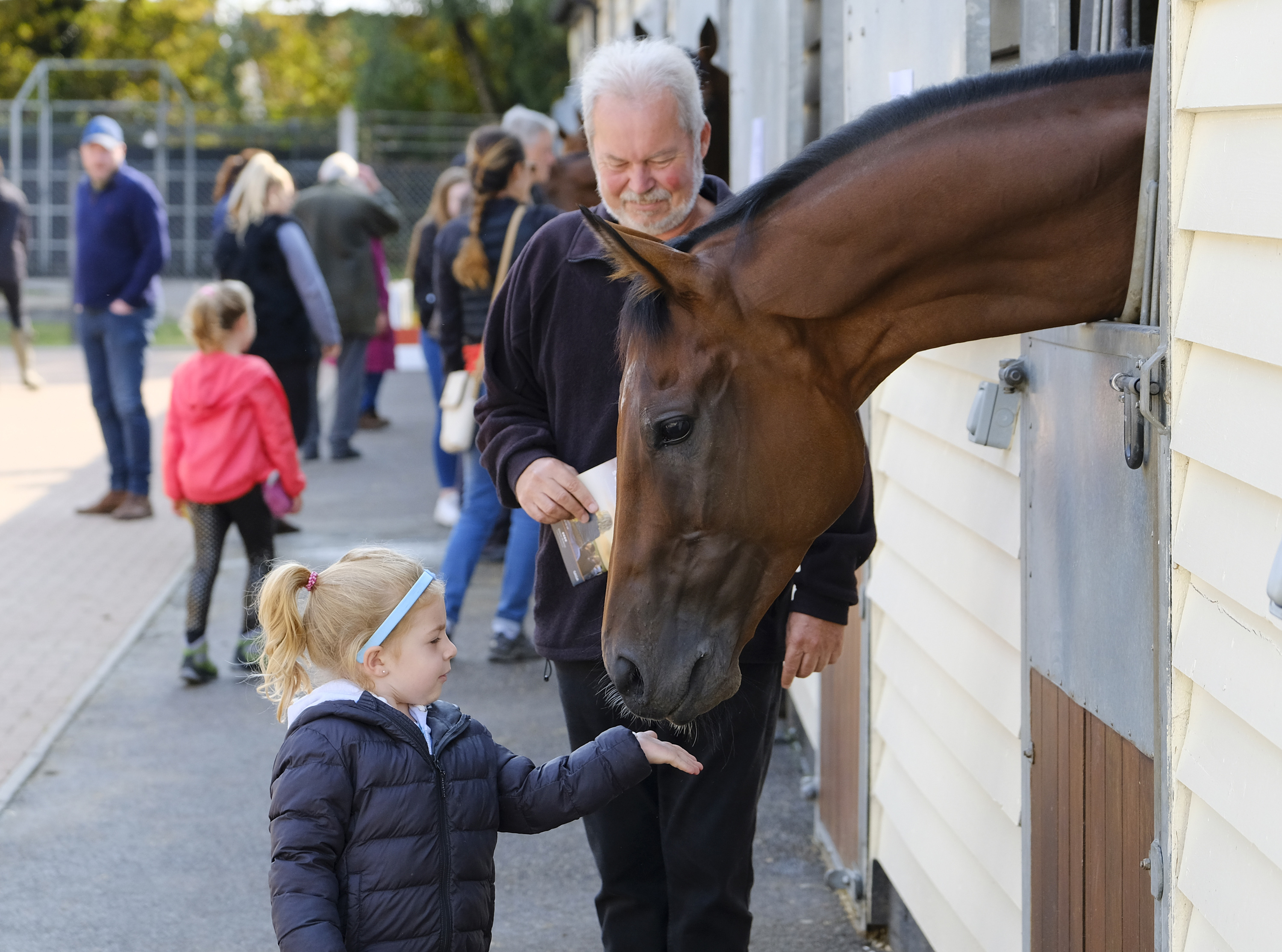 The morning starts at 8:00 am with a unique opportunity to see the racehorses exercising on the gallops with ITV Racing Presenter, Rishi Persad, at the helm to interview the trainers. Rishi will be sure to get all the inside information to provide attendees with a fascinating insight into the world of horseracing and Epsom’s training centre.

Throughout the morning seven yards are opening their doors to the public from 9 am, with the trainers on-hand to answer your questions. Take your chance to chat to stable staff about the horses they look after and the work that they do to keep them all looking so fit and well!

The yards will close at 1 pm. A complimentary shuttle service will run throughout the morning to transport you around the various facilities. For more information and to book your tickets in advance and save on your ticket price CLICK HERE 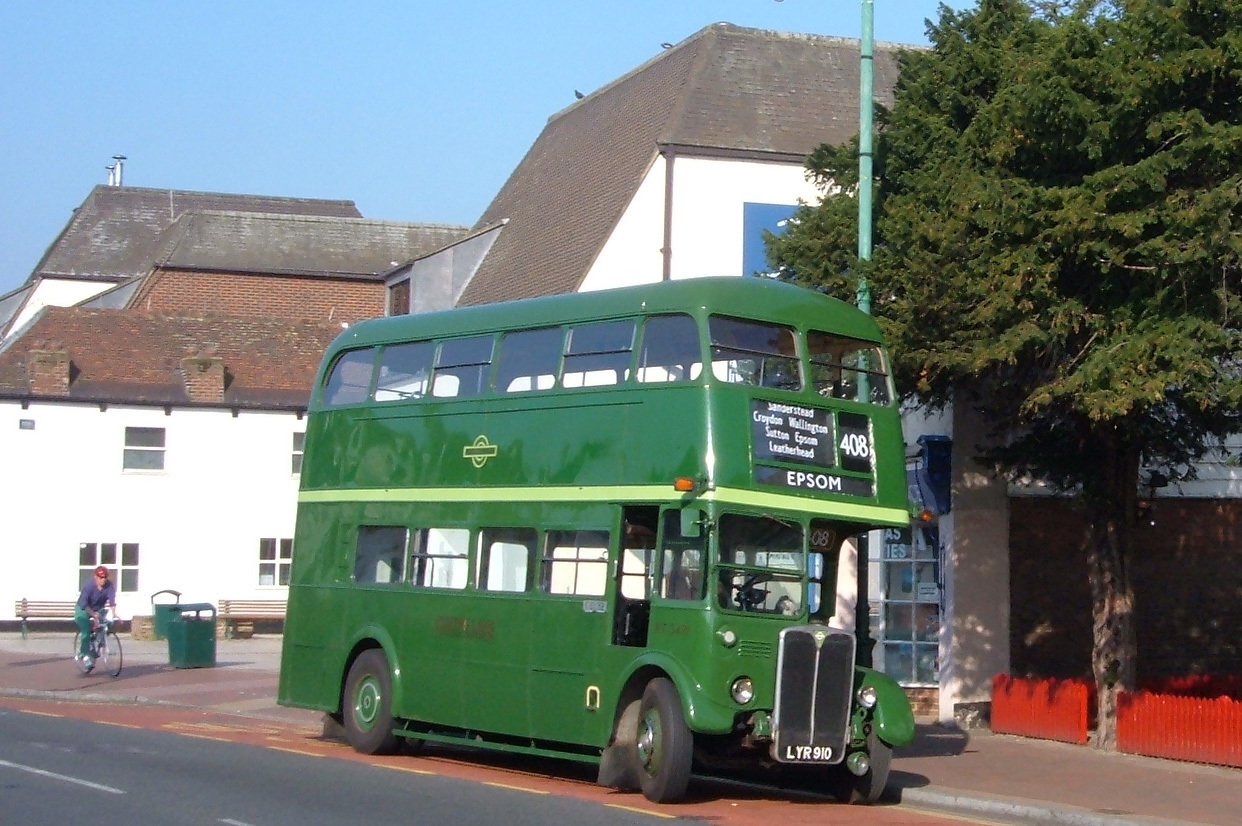 On Sunday 12th September London Bus Museum will be joining us and offering free drop off/ pick up to Epsom Downs Trainers Open Day and The Horton. Starting from 10am near The Clock Tower the bus will drive a circular route to Epsom Downs, Epsom Town Centre, The Horton.

The bus will leave from The Clock Tower on the Hour and Half Hour from 10am - 1:30pm 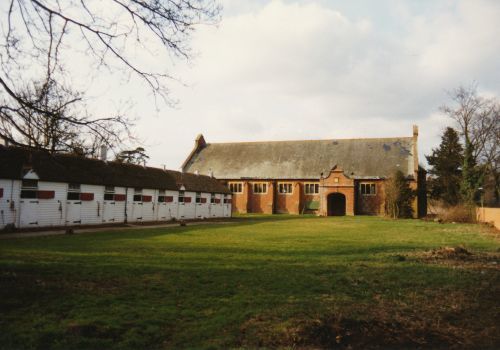 A rare chance to visit the historic racing stables of Lord Rosebery, the racing Prime Minister, used as a stud from 1874 until his death in 1929.

Durdans is one of the most notable stable yards in the country. The history starts with Amato, the first Derby winner (1838) to be born and trained in Epsom. The horse belonged to the owner of the Durdans, Sir Gilbert Heathcote. The Heathcote family sold the Durdans to the 5th Earl of Rosebery in 1874, where a flourishing stud for racehorses was created.

See the Grade II* listed Indoor Riding School built in 1881 – possibly the last one still in equestrian use. Built by George Devey, pioneer of the English vernacular style, it boasts Dutch gables and diaper-patterned brickwork.

In later years Lord Rosebery was often found sitting by the graves of his Derby winners, his great passion in life. These are Grade II listed and consist of the grave of Amato and, a short distance away, the graves of Ladas II, Sir Visto and Cicero. 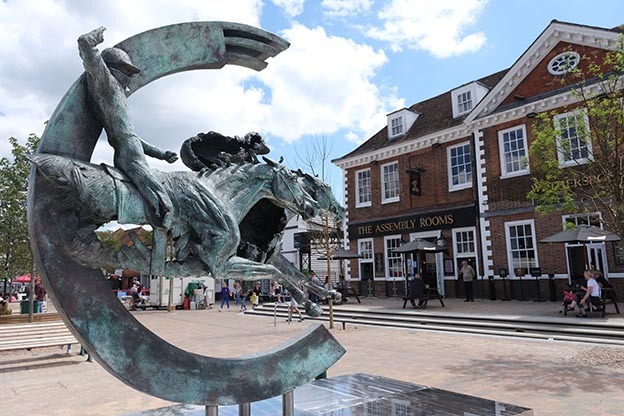 A Walk Through Time

If you’ve spent more time exploring your local area in the past 18 months, you probably think you know it well. Spend a few hours with one of Epsom Civic Society’s Guided Walks and you’ll look at Epsom with a fresh pair of eyes. 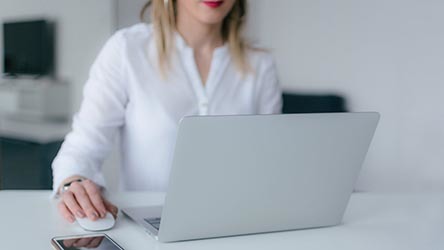 Go Epsom, the Business Improvement District is pleased to announce that it is making online Conflict Resolution training available to BID levy... 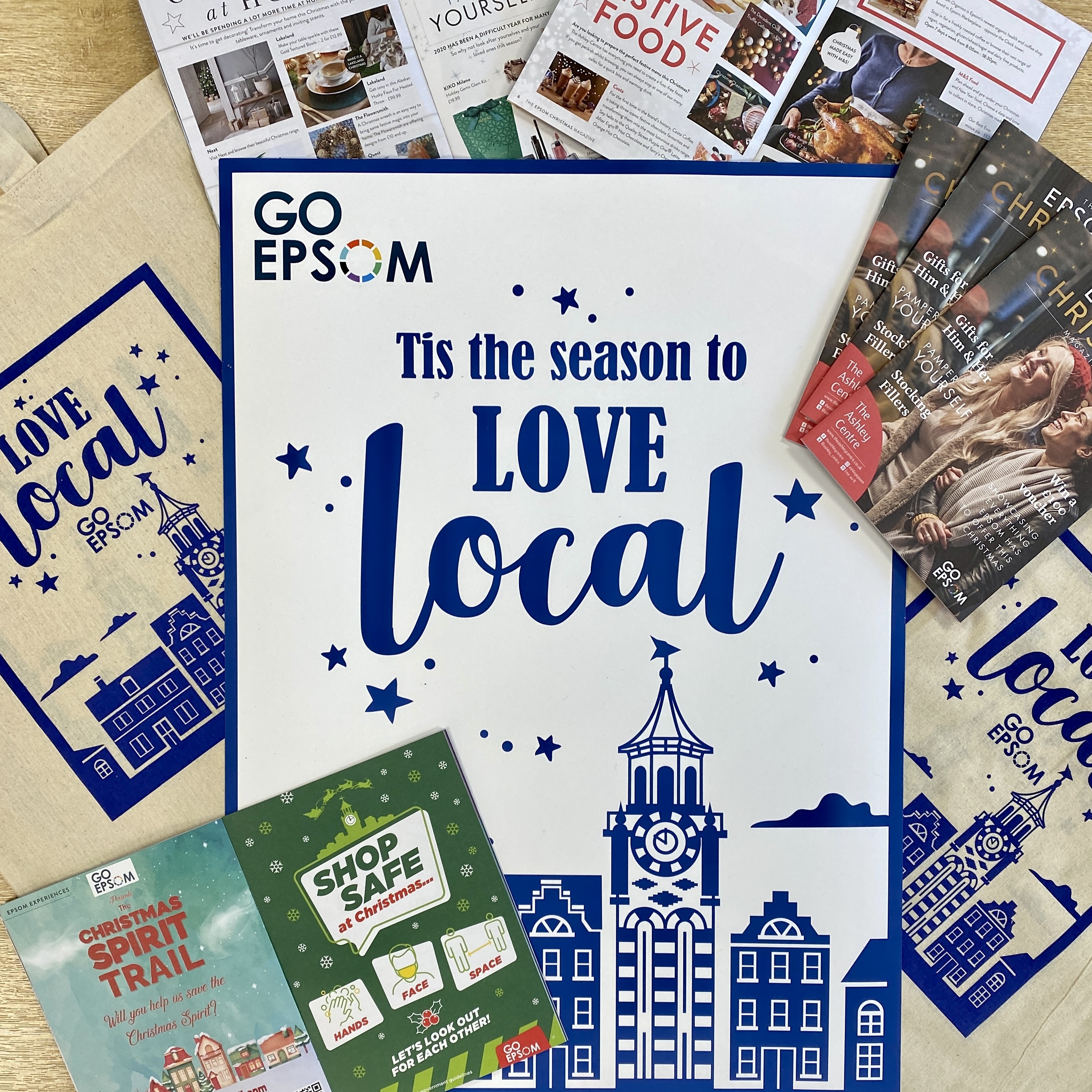 With non essential shops due to reopen this week, and less than 4 weeks to go till Christmas, Go Epsom the Business Improvement District is urging... 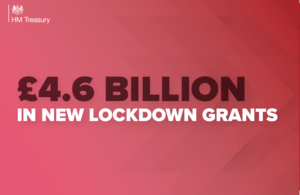 £4.6 billion in new lockdown grants to support businesses and protect jobs. Businesses in the retail, hospitality and leisure sectors are to...